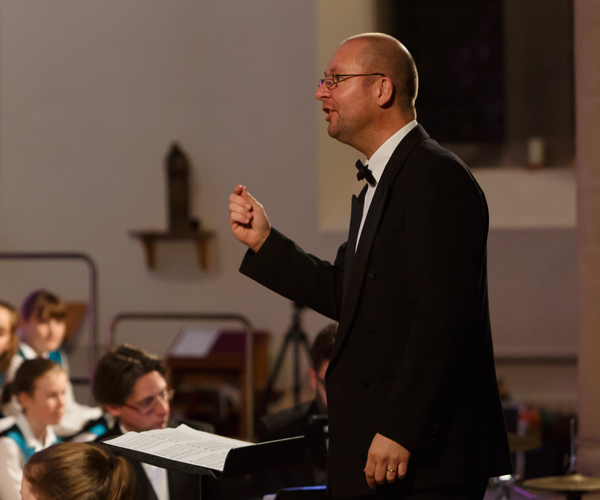 I have never really been able to decide which genre of music I am most passionate about. I grew up fervently determined to become an orchestral percussionist, took a side step in the direction of ‘rock drumming’ and eventually settled on something sort of between the two. But, well before catching the drumming ‘bug’, I loved to sing and was, for many years, a member of the Harlow Boys Choir under the direction of Michael Kibblewhite. A broken voice led me to Harlow Chorus and still more wonderful singing opportunities. Sadly, though, the life of a busy freelance musician eventually stole me away from singing, my work with orchestras, in the studio and tours with various bands affording little time for such pleasures. Or so I thought! Way back in December 1994, I found myself in a church in Stevenage playing drums and percussion for a newly formed choir, once again under the direction of Michael Kibblewhite! It was immediately obvious to me that the fresh faces that stood to perform the Christmas favourites offered something very special indeed. I loved it. And I have played in almost every concert Cantate has given since. I am so very fortunate to be able to work with many fantastic musicians on wonderful and creative projects, but Cantate has been a major part of my life for the best part of a quarter of a century. Concerts, recordings, tours… there have been so many magical moments over the years which I consider real career highlights. And the icing on the cake for me is being able to combine my two musical passions and coach teams of Cantate members in the art of percussion performance. Those in the know will agree that we have performed some wild stuff over the years and there is still plenty of drumming, bucketing, frying panning and more to come! It’s been such a privilege being a part of Cantate and having the opportunity to work with such brilliant young people. Long may it last.